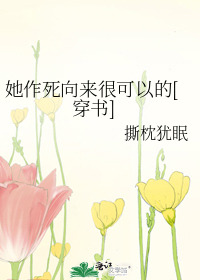 After being killed, Xu Turan was given a system and got pulled into a certain thriller romance novel. There, she became the crucial female supporting role who seeks death. However, on the first day of transmigrating, her system was urgently recalled for repair as it was aging.

As their farewell was imminent, the system was worried about its new host so it repeatedly reminded Xu Turan: [Your role is to be a supporting character who is always seeking death. You do know what that means, right?]

Xu Turan recalled her rich experience of doing just that in her previous life and she replied affirmatively with absolute confidence.

So the system withdrew with its mind at ease.

After a few days, the system that had been away for repair finally returned. When it looked at the situation, it almost malfunctioned: [What are you doing?!!]

Xu Turan, who was busy arguing with the Evil God, answered without thinking, “I’m doing what you asked me to do – trying to find ways to die.]

What the system thought about seeking death: provoking the heroine, vying for the male lead, ignoring the advice of her boss, being the potential villainess of the story and stepping on others, seducing handsome men and humiliating herself, and finally being punished for trying to seek death.

It was impossible for her to die. Even if she danced frantically on the edge of danger, it simply was not possible. At most, she was just a little crazy and a little intimidating.

And then as time passed, both traits got increasingly stronger.

Till the end, it was both terrifying and legendary for one to change oneself into a Horror itself.

The system almost went insane: How is that even possible?