What to Do with a Pair of Kittens 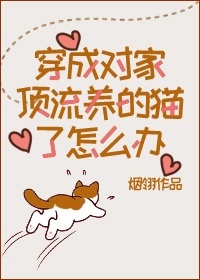 One day, a post, “Your Beloved Fu Yuqian Is a Cat Killer,” suddenly appeared on the forum, and the followers clicked on it.

It turns out this is what it says: Every day Fu Yuqian kissed the cat’s mouth, kissed the cat’s claws, rang the bell, told the cat “I love you”, even slept with the cat!!! Fu Yuqian’s fans are suffocating. I’m willing to be this cat!

Song Yu, who has been shaking for half a day, is desperate to sigh. The man who had not seen him for so long held him in his arms: “Give me another kiss.”

The only thing wrong with it is the presence of Fu Yuqian. This guy was born to take advantage of him, he was taller than him, he had more endorsements than him, and even had 20,000 more fans than him!

Soon after Song Yu had an accident, he woke up and found himself a cat raised by Fu Yuqian.

Hahaha, God help me, this young master must find all your flaws, and when you get back to the internet, all of them will be exposed! Song cat, who keeps an eye on people all the time, discovered that Fu Yuqian had no flaws, he was still the same with people in front of him, being nice to people and gentle to the cat, except for doing things that could not be described!

And then, get out of here! I’m gonna be a cat again!

“It’s too late…” The man grabbed his waist and brought him back into his arms.