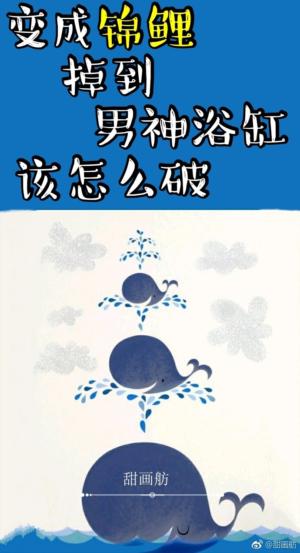 He Ruge was addicted to “Your Exclusive Lover” this love nurturing game. Captivated by the attractive military uniforms person, whose original form was a White Tiger Male God.

When the game came to the end, He Ruge suddenly become a mermaid and transmigrated, and he was even the legendary Koi Mermaid with flourishing beauty, charming singing and exceeding good luck?

The place where he fell was even more unusual – the bathtub of the Male God!

The federation’s Xi Guican, a man whose stamp of his foot could make the whole intersteller tremble. During his recuperation, there appeared a love game that could not be deleted from the optical computer.

The plot of the game was his secret past. In this love game, he returned to the experimental days of No. 20, allowing people to slaughter and bully him, there was only one variable.——

The love that came from the light, taking him out of the dark.