What to Do at Night 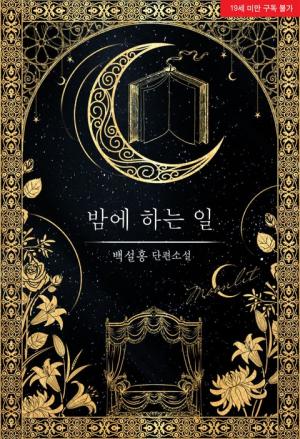 Ariel Bellford was the second daughter of the baronet house of Bellford that didn’t have a single thing special about them.

Three years had passed since Arsion, the successor of the ducal house of Hastings and her fiance, became a knight and left her side.

There’s a rumour that reached her ears, along with the news that Arsion is coming back, where they say that he is planning to become a Holy Knight!

Ariel, who was agonizing on how she would be able to prevent Arsion from becoming a Holy Knight, ends up getting her hands on a s*x education book called, What to Do at Night.

“Sion, I will teach you what to do at night.”

A Holy Knight can only be a man who solely has a pure mind and body. Because of that, Ariel leads Arsion to the path of depravity and was planning to do it with him so that he can’t become a Holy Knight, but……

‘But after this, what am I going to do?’

With regards to her problem, it was that Ariel also didn’t know well about ‘what to do at night.’

Arsion affectionately called her name, giving strength to his hand clasping her. As soon as he did that, Ariel’s body that was interlinked with his was firmly tightening in his thing, flinching. Arsion let out a groan at the intense pleasure and slowly moved his waist again.

At the appearance of her shedding tears as he buried his thing up to the ends inside her, Arsion’s Adam’s apple moved greatly. Before, he would wipe her tears right away and lift her up. But now he only wanted to just keep making Ariel cry.

Arsion slowly kept thrusting and squeezing in his thing to her deepest place. Ariel’s underneath gushed with obscene liquid along with arousing sounds.

Since they first met when he was six, he had spent his whole life with Ariel. As she grew up, Arsion gradually felt an urgent thirst that didn’t comprehend reason.

Only now did Arsion get to know what he had to do to be able to calm that down, which he couldn’t do no matter what he did.

His urgent thirst was something that can only be soothed with just the waters she was only releasing.