What Happens If A Friend’s Older Sister Falls In Love With A Gloomy Person? 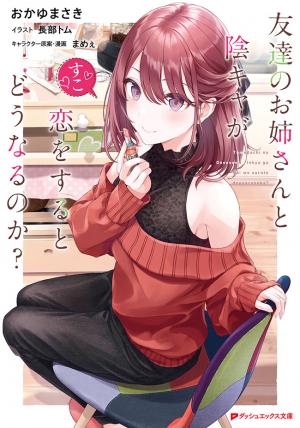 A self-proclaimed unattractive gloomy high schooler, Hiramiya Reiji, everytime he goes to visit his close friend’s house, he gets messed around by his older sister, Sakuya.

Drinking his drink as she pleases, barging into the bathroom, and crawling under his blanket in the middle of the night…

Thinking that perhaps he has done something to make her dislike him, he asked his close friend whether he has any idea, but he only gets a reply in a incomprehensible way, “you still haaven’t noticed it, huh”

On a certain day, Reiji loses in a game and has to listen to 3 of Sakuya’s wishes.

Reiji goes along with it even though he has doubts, but could he gradually begin to understand Sakuya’s true feelings…?