We Married to Divorce 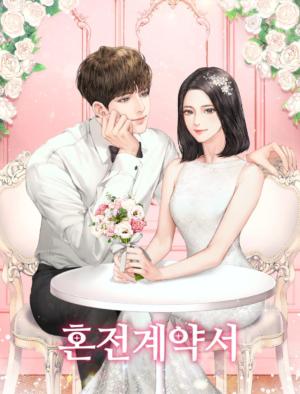 Seung Hee, the chairman of her own asset management company, was to be married before thirty!

Signed off by her father when she was only five years old, she was to marry Han Moo Chul, a charming man that had the kind of face that stopped you in your tracks. Moreover, he was the grandson of the compelling Han Taejo.

If she fails to follow through, she’ll have to pay 5 billion won as penalty.

However, a marriage without love was not never on the independent chairman’s bucket list, so she offers for the two to sign a prenuptial agreement before their marriage.

However, the marriage contract that forcefully betrothed the two was tricky. Will Seung Hee’s plans for prenuptial agreement succeed or will love get in her way?