We Don’t Know Each Other Anymore 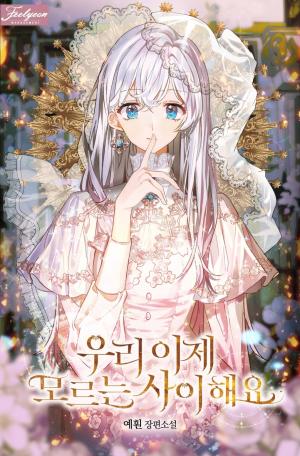 [As you probably already know, I’m leaving you this letter only to keep my promise.]

Elisha, the Archmage of the Cardion Empire, and the fiancee of Emperor Erich wrote.

[The prince-no, Your Majesty, always said, “I’d rather die than marry you!”]

One day, she suddenly disappears, leaving only a letter to her fiance.

But contrary to what Elisha expected that he wouldn’t try to find her, Erich immediately starts looking for her.

“Whether it’s inside or outside of the Empire, find her.”

When you find her and bring her back to me, then…

Whatever the reason, Elisha couldn’t let Erich find her, but soon after, she found herself straining against the grip on her hand.

Erich shook his head and opened his mouth again. The hand that was holding Elisha’s wrist went down and took her hand.