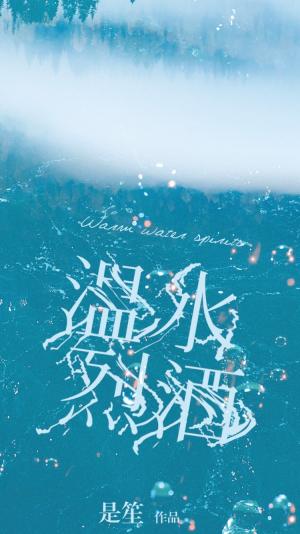 Afterward, Peizhe’s broad shoulders were covered with a fine layer of snow.

A somewhat oppressive and tingly kiss that one loathed to part with.

Peizhe pressed his lips against the corner of Jiang Yunqi’s moist and warm lips, whispering, “Jiang Yunqi, I’ve given you a chance.”

Jiang Yunqi looked up. He didn’t understand and subconsciously stretched out the tip of his tongue to lick Peizhe’s slightly cool lips.

The force of the attack made Jaing Yunqi’s legs go weak.

The traces in the snow were easiest to follow.

A person with deeply etched footprints, clear directions and clear goals was glad that he had firmly grasped what he wanted before the arrival of the next snow.

When Jiang Yunqi is facing Peizhe: Pei ge, do you want to listen to comic dialogue? Pei ge, am I your baby?”

(小奶猫 Little milk cat: New born baby cat. When used for a person, it refers to characteristics like, being cute, clingy, wanting to be pampered, petted, taken care of etc. like a new born baby cat. lol)

The gong is older than shou by 15 years

[There are many private gaming parts but it doesn’t affect reading. The core is similar to PUBG.]