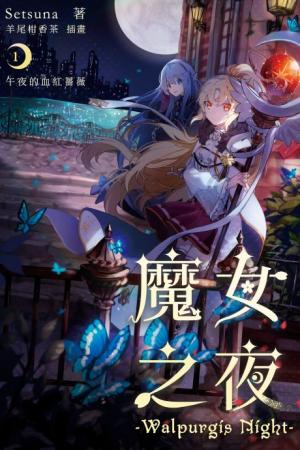 I’m Sakura Minazuki, a mageka from a distant realm, often called by the names of “Princesa de Claridade”, “Luminosa”, and so forth, which all entail the invincibility of my powers.

But for now, I’m just an average office worker.

That’s right, a “wage s*ave” or so you may call it – nothing close to a mageka.

Sakura Minazuki, one who bore the glorious names such as the most powerful “Princesa de Claridade” and “Luminosa” in a distant realm named Glace, made her way to Hong Kong under certain work circumstances. Realising there was not a single job suitable for a mageka, upon the recommendation of her flatmate Kou Igarashi, she changed her path to earning a living as an office clerk.

Stuck in a long-standing dilemma between reality and ideality over time, she decided to pick up on her past identity with the advice from Kou and kick off her double life – “clerk by day, mageka by night”.

One day, the duo received an incoming request to “banish all ‘vampires’ from the city”. What was the true identity of these rumoured creatures of mystery who had been roaming around the city of prosperity attacking humans? And what was the intent behind it?

“In the name of ‘Princesa de Claridade’, I, Mageka Luminosa, now call upon the obedience of this dark creature under my dazzling radiance!”