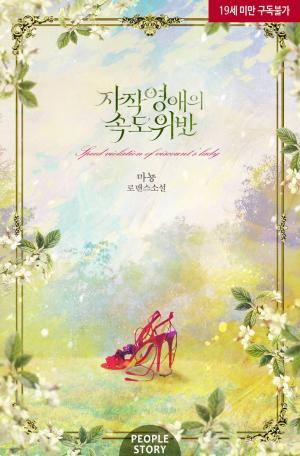 She heard a sound like a clear rip off.

“Yes, you are pregnant.”

The doctor calmly said that she was pregnant, pregnant, and pregnant several times, and each time Ingrid’s complexion got worse and worse.

“How would I know that?”

right. How will the doctor know who the father of the child in my womb is?

But Ingrid didn’t know either. Who the hell is this kid’s father?

The stepmother, fearing that his father would fall when he will found out about it, decides with a sad expression on her face.

“I can’t do anything for the family. I have no choice but to choose someone quickly and get you married.”

“You mean hiding my pregnancy?”

no. How can you get married while wearing a human mask and hiding the fact that you are pregnant?

Then the person who will become a husband should know and raise a child who is not his or her own, does that make sense?

Isn’t that what humans do?

“then. Will you go into the convent, give birth to this child, send the child to orphanage, and live as a nun for the rest of your life?”

No, how could you say such a scary thing.

I hate being a nun and I hate sending my children to an orphanage.

“But no matter how quickly we get married, it would take two months. What should I do if the date of birth does not match?”

“You can call it premature birth.”

“You can start with the speeding violation and insist that it is a premature birth a month earlier.”

no, mother. Do you think that’s possible?

Reluctantly, Ingrid follows her stepmother’s scheme and starts looking for a man to speed up.

And a man caught in Ingrid’s eyes.

It was Ian Gray, the man in question who had proposed to her the other day and was rejected.

Duke Ian Gray has a history of being divorced once due to tuberculosis and prostheticism.

That man was perfect.