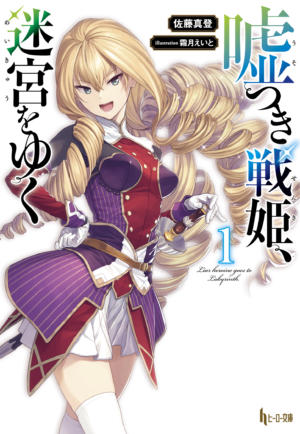 Rires d’Or is a girl who falls into ruin over a lie she told to keep up appearances.

She is defeated in the labyrinth which she had foolishly charged into in an attempt to get back at those who underestimated her. And just as she was was about to give in–through friends she had met, Rires d’Or was able to attain ‘Magic to move the Vertical Rolls’ with ‘The wish to make appearances true’ as her motivation.

In truth, she herself knew that she was a weak person.

This is a heroic tale about a girl who had hit rock bottom, but used her hair rolls, which were the symbol of her vanity as spinning drills in order save her friends from enemies, help the world and to make every lie she spat out become true.