Urban Tales of Demons and Spirits 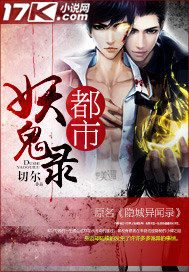 A tale of urban demons and spirits, the mysterious exorcist and I.

Do you believe that supernatural creatures exist in this world?

I’m an ordinary college student while he’s the handsome and powerful demon exorcist from the mysterious old manor.

Our paths had never crossed before and yet, our fates became intimately entangled after one chance meeting.

The knocking on the coffin in the dead of the night, the little girl weeping inside the box-shaped structure, the good friend of mine who was cursed…

Together, the mysterious exorcist Mr. Wen and I embarked on a path into the world of the grotesque and motley.

Gradually, I realized that I had developed special feelings for him that went beyond friendship…

But, the problem is I’m a man!