Upon the Wind and Melody of the Lute 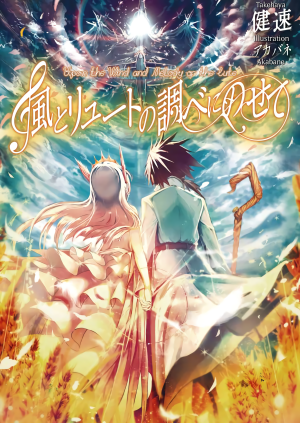 This is a ‘royal fantasy’, The tale of a boy becoming a hero.

The setting is a world of swords and magic, with a ‘demon king’.

On the 200th anniversary of the end of the Great War with the Demon King, the Freislein Kingdom is preparing for its memorial.

Busily progressing these preparations are the first princess Celestina and her two younger sisters. Nearby is their childhood friend, an apprentice under the court mages called Alex. However, there is a creeping shadow over this ceremony wishing for peace.

On the day of the ceremony, something happens that engulfs not only the Freislein Kingdom, but its neighbouring countries into a serious incident, Alex and the others’ fates are also greatly changed…