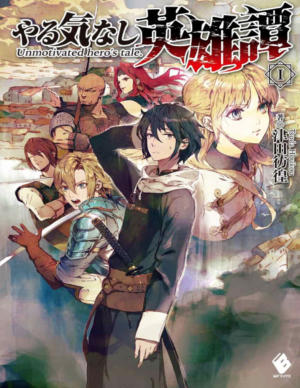 To the west of the continent that is the Small Kingdom Claris, there is a young officer who was known as “The Deadbeat of the Royal Capital”. At this Golden Age of Magic, he was unable to utilize most of them, and was relegated to the countryside as a result of being a defective officer.

However, he who doesn’t have motivation in the first place was pleased with the relegation, and was even presuming an easy retirement to the countryside.

But contrary to his wishes, the turbulence of the times required him to stand in the center stage of history.

This is the story of the “Deadbeat of the Royal Capital, also known as “Carlin’s Daytime Lantern”, the unmotivated young officer Yui Ystats, “The Hero who Saved the Country” and how he was involved to the disturbance of the continent.