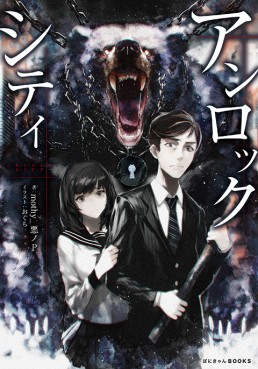 “One week after July 7th, the anniversary of two people, one idea will be inverted”

Takahagi Koudai, an employee of a security company, received a strange e-mail from an unknown sender. From that day on, mysterious phenomena have begun to occur around “Tsuruki City”, where Koudai and his little sister Otoha live.

Concealing the inside of the city limits is an “invisible wall” that no one can get through. Analog locks, and electric security; a town where no “locks” can be used. And, encroaching in this isolated world is a wild madness–

Takahagi, who will pursue the riddle of the phenomenon hinted at in the single e-mail. Otoha, trapped in the predicament of a school with no exit. Will they open the lock of despair–?