Unification of the Country With Nobunaga Starting From Honnoji 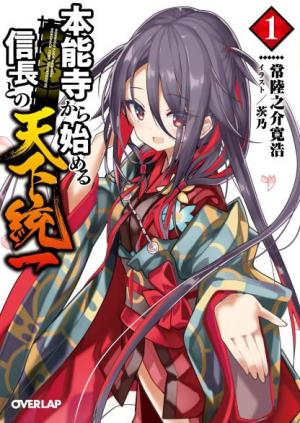 Makoto, who was raised by his father, a Kashima Shinto-ryu instructor, and mother, who comes from a family of Onmyoji, has chuunibyou (8th grade syndrome)?

There was a reason why his actions seemed chuuni.

Makoto proceeded through an ancient temple’s underground passage to its idol during his school trip, and as he passed through the door…

The world that was beyond him was the Sengoku period!?

Is this time traveling? What will happen to Makoto after he meets Nobunaga?

Can Oda Nobunaga, who understood that the world was round, understand Makoto’s time travel?

Isn’t Oda Nobunaga a super high-intellect boss? Are the Oda troops a black company? If you talk to Nobunaga, he’s surprisingly a nice person.

This is a story of a high school student from the Heisei era where Oda Nobunaga valued his delusional power, imagination, and wisdom to succeed in life.

Advancing in the world with iron warships?

Make Oda Nobunaga the supreme ruler of the world with his future knowledge?

A history-altering fantasy beyond your belief!