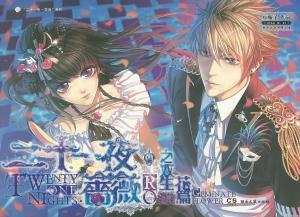 Two years ago, Tang Guo formed an agreement with a spirit summoner to serve her own ends. Tang Shuang, her non-biological younger sister, was used to exchange identities with the spirit summoner, resulting in Tang Shuang developing a terminal illness.

Two years later, in order to redeem her past wrongdoings and save Tang Shuang’s life, Tang Guo finds a mysterious teenager by the name of Zi Xing Cang Yue, and with his help, they both enter a strange world personally created by a spirit summoner, a puppet master and its puppet.

But it was only then that she had realized that the puppet had instead, already entered the world of her and her sister’s.

As the mysterious secrets buried in her memory begin to unravel, what will become of this lost young girl as she faces a choice between love and family?