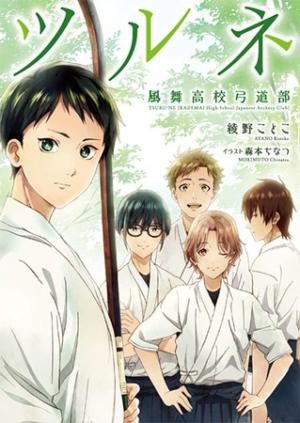 Tsurune follows Minato, a boy who used to be really into kyudo (Japanese archery) until something happened at his last competition in middle school, after which he lost his confidence and quit. When he goes to high school, he has no intention for joining the kyudo club, despite the urging of his friends, but when he stumbles upon an archer practicing in the woods, he decides to do kyudo once more.

*Tsurune refers the “sound of a vibrating bowstring”