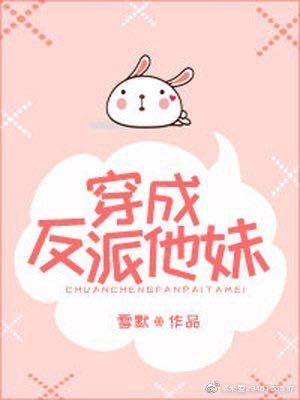 Shen Yu accidentally traveled into a dog-blood romance novel, transmigrated as a sorrowful supporting actress that has the same name as her. And that girl’s nominal brother is the biggest villain BOSS in the book. He secretly fights with the male lead and eventually loses. Furthermore, it’s actually a white lotus that made the villain worse step by step.

Shen Yu wiped her cold sweat. Fortunately, she had transmigrated in a timely manner. The villain hadn’t entangled with White Lotus that much nor was he completely blackened. She could still rescue him.

And so, she began to work diligently to destroy the feelings of the villain and the White Lotus.

Unexpectedly, this cheap brother is so perverted would just feed strawberries and smash a house without even a blink of an eye! ! !

Aiya, she was so scared!

The villain: “Baby, you tell me, are you in love with me?”

Little White Rabbit: “I am not, I do not, we are brothers and sisters!”

The villain: “Don’t make trouble, you are just someone our mother picked up from the tr*sh. ”

Little White Rabbit: … In a word: I treat you like an elder brother, desperately trying to save you, but you just want to X me? ? ?