Travel Through Time and Become His Stupid Ex-wife 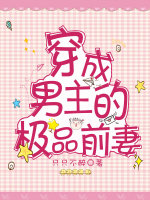 Xue Jiayue travelled through time and became the s*upid female supporting role of a book which was about a bossy man’s love story.

This s*upid woman was adopted by the Xu family when she was a child. Since then, she grew up with the hero, Xu Yanwen, and called him brother but later married him.

However, she was so unruly and did many s*upid things. Xu Yanwen’s grandpa, who had loved her so much, was even too angry and then passed away. As a result, Xu Yanwen divorced her. Worse still, she finally was sent into a mental hospital!

Xue Jiayue, who had traveled through time, was looking at the man standing in front of her. She quietly stepped back, thinking: The male role wanted to be happy with the female role. But she just wanted the money not him!

However, Xu Yanwen indifferently butted her against the corner of the wall and gnawed fiercely at her lips. “You want it! You have to!” he growled.