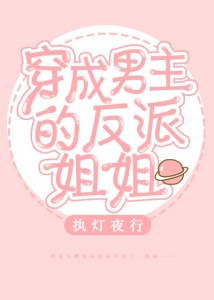 Siyu transmigrated into a manhua and became the male lead’s half-sister. The sister had a sickly fragile body, one that couldn’t even withstand a gust of wind. It’s a pity that her heart was so vicious. Over and over, she tried to kill the male and female lead. Until finally she was hated by all, deserted by everyone close, cursed by people, and died miserably alone in the rain one night.

Now the question was: how could she stay alive in peace as a sickly beautiful lady who always vomits blood for no reason and could drop dead at any time? Fortunately, Siyu soon discovered that she could see another person’s luck. So, as long as other people around her had better luck than hers, she could rely on their blessings to extend her life.

As for her….. Siyu looked into the mirror. No matter how she looked at it, the person in the mirror looked like she would die early. It’s not an exaggeration. If you’re talking about bad luck, then everyone else was trash. The wave was stable; no matter how crazy she played, she wouldn’t die! (～￣▽￣)～

Fifth Master Lu smiled gently whilst the beads on his hand were shattered into pieces, “ Run away once more, and I’ll break your leg.”