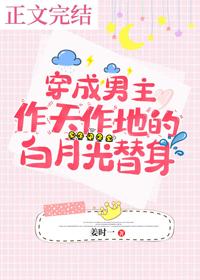 Jiang Mian was involved in a car accident on the way home from a celebration banquet and ended up in a novel.

Knowing the tragic end of the substitute, Jiang Mian refused to be his White Moonlight substitute! ! I want to break up! At the mention of breaking up, she passed out in pain!

Only then did she know that she also had a punishment mechanism that was designed to collapse if she broke up with the ML.

Jiang Mian (smiling): I can’t mention breaking up, can’t I let the male lead dump me! In order to get rid of the paranoid male protagonist, all kinds of demon. J

Jiang Mian: I want that diamond ring. If you don’t buy it, you don’t love me!

Jiang Mian: You don’t love me anymore, I want to break up with you!

Jiang Mian: So I’m just her stand-in, it’s not me that you love at all!

After finally breaking up, Jiang Mian sent a circle of friends to say that he would never love again, while dressed up and flirting with his good sisters. As a result, as soon as he arrived at the bar, he ran into the paranoid male protagonist. Jiang Mian was petrified on the spot!

Jiang Mian: What should I do if my substitute accidentally rolls over? Wait online, very urgent! Ah, the hero is here! ! !

Shen Shiyan caught someone who was about to run, and smiled overcastly: Where to go?