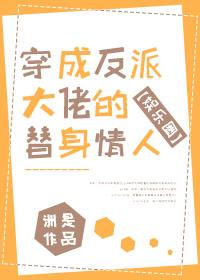 Gu Li is a new popularity queen in the entertainment industry. She received both love and hate.

She didn’t know she was so unlucky, that she transmigrated into the online novel wrote by one of her haters and became cannon fodder.

Gu Li, who was forced to go through the plot, wanted to leave the villain two years later to start a better life.

Worrying, she did not want to give birth to a villain’s child and be a single mother. She struggled to go to the hospital again and again but was stopped by the Villain who had received the news halfway.

“This is my Shang Jinyan child, you have no right to decide alone his life and death!”

“Starting today, you are my wife.”

Upgrade from the title of substitute lover to the status of wife, Gu Li lived a peaceful life under the protection of the villain and fights with white moonlight.