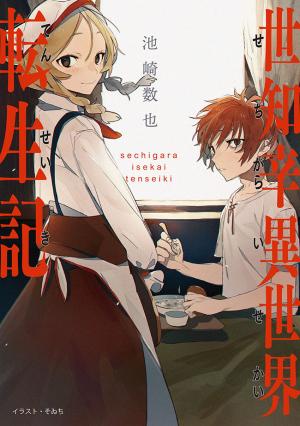 Born as a child of a serf in a world where magic and monsters exist – Reurus had memories of a previous life lived in modern Japan.

However, knowledge of previous lives is almost useless in a world where common sense and environment are different from those in previous life.

Nevertheless, relying on the experience of his previous life to survive, Reurus turned fifteen, came to adulthood, and was sold into s*avery.

However, while being transported to the mine as a s*ave, Reurus is attacked by a monster and narrowly manages to escape.

He has no family or friends to rely on, no home to live in, no food to eat, and no money. Still, Reurus was able to find freedom and take his first steps in a new world.

Reurus arrived at a town run by people in circumstances not much different from his own – Laval Abandoned Town.

In the city, which can only seem like a slum to Reurus, who has memories of his previous life, Reurus begins his life as an adventurer.

All Reurus wishes is to just live.

In order to live out his second life, he began a life in a strange and painful world.