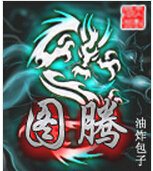 This is a world of totems. People believe that power is derived naturally from all of nature: fire, earth, numemon, wolves and the Twelve-Winged Golden-Eyed Dragon King. Even going so far as saying that humans themselves… as long as they are naturally formed can communicate with this power and summon it as their own “faith totem”.

Jiang Nan, an anatomy professor on earth, the kind of unfortunate man who doesn’t even deserve to find a woman in his life, has come to this world.