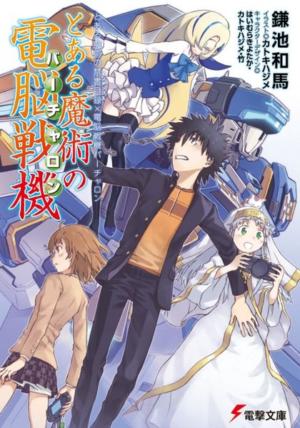 To commemorate its 20th year anniversary, that legendary arcade game makes a miracle collaboration with “Index”!

In Academy City, there is a popular next-generation contest.

In reality, this is a hand-to-hand battle between gigantic Virtuaroids that appear on the streets. It’s formally called as “Computerized War Machine Virtual-On”. Since it can be argued that Level 5s and Level 0s are equal given the technique, it has spread with explosive force among the students of Academy City.

And, Kamijou has an encounter. The usual Virtual-On meets an unavoidable unprecedented accident. That is, the Computerized War Machines fuse with Academy City, a sign of a grand battle about to happen! Misaka Mikoto and her Raiden, Shokuhou Misaki and her Angelan, as well as many others will make appearances!