To Those Who Wish For My Destruction 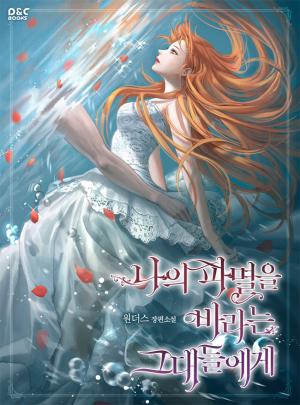 “Close your eyes with ease. I’ll bring them despair.”

Leoni, a joint product of two families that have been enemies for many years, ran out and had an accident after hearing the news of the death of her mother.

When she woke up after a few days, Leoni could no longer find innocence like a 10-year-old child.

The child grew up starving for love between parents who hated each other. On the day of her mother’s funeral, her father ordered Leoni in front of the mourners.

“Show respect to your stepmother and sister.”

In the arms of her father, who had never held her, the child, her younger sister, spoke in a clear voice.

“Father, is that my sister?”

“I’m sorry, but sometimes you have to do things you don’t like, that’s what makes you a great aristocrat.”

The child nodded lightly, grabbing the hem of her dazzlingly fancy dress.

“Hello. It’s annoying that I have to share my father’s love, but I can’t help it. I’ll accept you as my family.”

Because what I want is revenge, not a family. Leonie looked at the mourners, smiling coldly.

“I can’t accept a murderer as my family!”

One by one, painfully and slowly, I’ll give you back what I received!