Through Thick and Thin 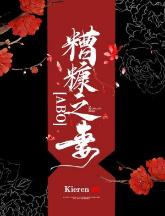 Li Chuiqing’s married life revolved around his husband. He gave up his initial resolution to pursue an independent career, got married to the love of his life, and has decided to put his whole life into becoming the perfect full-time housewife.

Yet, five years into his marriage, he only felt loneliness and was gradually losing himself. After getting pregnant as his husband has wanted, his feelings of being repressed and depressed was at its peak. Despite all that, he decided to persevere on for his unborn child.

Just as he made his decision, Li Chuiqing got into an accident. The next time he opens his eyes, he was rebirthed and brought back to seven years prior.

That was the year when he met his ex-husband. It was in that very same year, he envisioned himself to become a successful person in the future. And this time, another person has entered into Lu Chuiqing’s life. Should he start a whole new relationship?