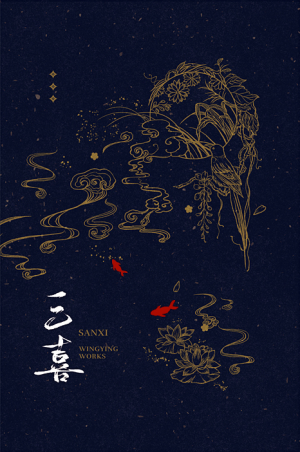 Note: This is an ABO omegaverse story but those are not the terms used as this is set in Ancient China. Instead Alphas are called “Xie,” Omegas are called “Kao,” and Betas are called “ordinary people.” There are very little “kao” so they are highly prized.

“The year I was born, we had “Three Joys” come to our household. The first was Father moving us away from the rural countryside; the second was my Eldest Brother passing the local imperial exams; and the third was the birth of my “kao” Fifth Sister.“

Shen Jingting grew up largely forgotten as he was the son of a concubine and “ordinary”. Meanwhile, his Fifth Sister has had an arranged marriage with two “xie” sons from the Xu Family since young. This was considered a prestigious climb for the Shen Clan.

However, Fifth Sister suddenly dies so Shen Jingting is sent in her place as they find out he is in fact, also a “kao”. Due to the mix up, the Xu Family demands Shen Jingting to add on another husband, for a total of 3 husbands! Will love grow between these four very different people? Prepare your tissues!