This Killer Is Easy To Deceive 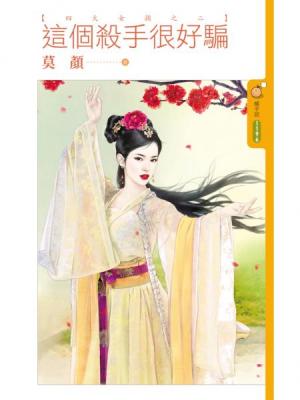 The first time Hua Qianqian met Yeqing, she was angry.

“Are you a constable?”

A killer meets a constable.

Similar to a dog seeing a cat, there are extreme ferocity and a murderous aura.

“I will arrest him and bring him to justice first, then later, you can find a chance to kill him. Then both of us won’t suffer a loss, what do you say?”

Yeqing was speechless. As a constable, she did not stop him from killing and even negotiated with him?

The second time they met, she smiled.

“Why didn’t you do a proper job as a killer but work as a male prostitute to let your chrysanthemum be poked? Did you lose your job?”

“Similarly, you quit your job as a constable and became a dancer, are you unable to hold on to your job?”

“Che! Being a constable is only a part-time job. A dancer makes a lot of money, don’t you know that?”

Yeqing was speechless again. Is the unconventional constable making fun of a professional killer?

The third time they met, she became familiar with him.

“it’s been a long time since we met. Did you change your job to become a painter? Ah……are you painting me?”

Holding up the portrait she cast an ambiguous look at him. To be on the receiving end of a secret crush is a bit embarrassing.

Yeqing said coldly. “That is your reward poster. Someone put up a bounty for your head.”