This Delusional Voice Keeps Telling Me I’m a Villain 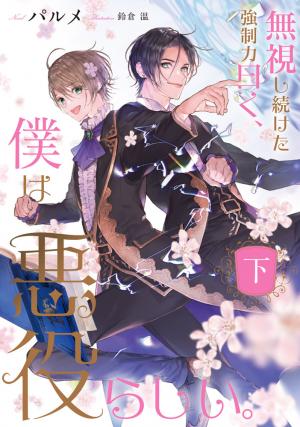 87 chapters side stories and extras (Completed)

Urschel, a noble son from a ducal family, genuinely looked and behaved like a true noble, yet he had an ultimate sweet tooth and could never say no to sweets.

One day, he had a weird dream, and since then he started to hear weird auditory hallucinations. He kept snubbing the voice, but somehow the people around him changed their attitude towards him; before he knew it, he was greatly liked by them.

Huh? Did I ever do anything?

“Ehh?! This world is a BL game, and I’m a villainous noble son who will end up being executed. And those voices I thought as mere auditory hallucinations are actually the game’s ‘compelling force’!? For real? Aah!! CUSTARD PUDDING!!

…Eh? What was I talking about just now?”

According to the original game flow, Urschel would be executed in the future. But for him, who kept snubbing the ‘compelling force’, how will his future turn out!?