There’s No God in Show Business 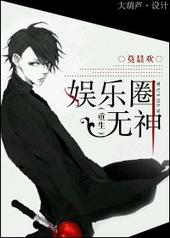 So called ‘gods’ neither want nor desire anything. They’ve seen through the vanity of the mortal world and are outstanding amongst all living beings.

After being betrayed and murdered by his lover of 11 years, “Heavenly King” Qi Wenyuan is reborn as the entertainment circle’s number one vase, Lin Xi. Good and evil will each meet their due according to natural laws. Those who doubt, raise their heads: who will the Heavens spare!

But…the mantis stalks the cicada, unaware of the oriole behind. Heavenly King Qi, have you really not noticed a certain man…behind you?

He’s the only God of Show Business, the one who’s been secretly in love with its Heavenly King for years. After a certain Heavenly King’s rebirth, he’s finally (?) fulfilling his aspirations for romantic love. From then on, the great deity found himself a partner, leaving the entertainment circles with no god.