There Is Something Wrong with My Capture Target 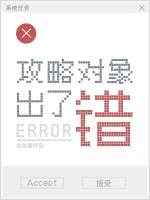 A system suddenly appeared in Zhan WeiYang’s head giving him tasks to do, asking him to pursue the first person he meets in school at the beginning of the new semester. So he closed his eyes and decided to make a blind bet, which turned out to be an impossible task.

His cousin that happens to be staying over for the time being, Pei Qing, finds that his little cousin isnt exactly the brightest, but what should he do if he finds it endearing?

The novel setting has no actual system, it’s just an illusion in the shou’s head, and the gong is a cousin who is not related by blood.