The Youngest Daughter of the Villainous Duke 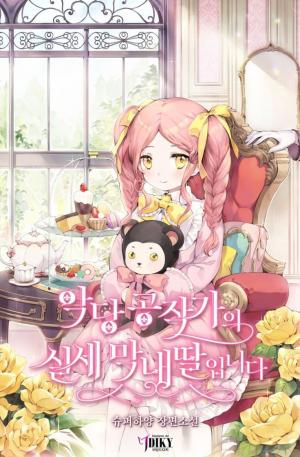 I possessed a character in a novel that I stopped writing as a hobby when I was in high school.

My mother died in an accident, and my father is rumored to be dead right after he went to jail.

Thanks to that, I became an orphan girl at the age of seven without a name.

While living in another person’s house, I was exhausted from working and was caught running away. Then sold to s*ave traders. I was wondering if this life is meant to be ruined.

The reputable Duke, the Empire’s greatest villain bought me.

Henriette, the worst villain in the original, whose hobby is making everyone act like a puppet, playing tricks on the imperial family, and threatening the neck of the aristocracy, it turned out that scary man is my real father who went to jail!

But you seem a little different from the original villain.

“Yes, my daughter. What do you want to have today?”

Henriette, who I thought was scary, is more friendly than I thought.

“If anyone bothers you from now on, you have to tell your big brother, okay? I’ll drown them at the bottom of the lake.”

“Shall I go see flowers with my little sister today? There are so many ornamental mermaids in the glass greenhouse. I thought you would like it, so I caught it myself. Did I do a good job?”

The new brothers were definitely villains in the original, but they are much nicer than I thought.

“You can do whatever you want. Anyone in the family, if you say so, will listen carefully and do what you say.”

But it’s weird. The novel I wrote wasn’t originally like this.

“….If you promise me a few things, I’ll stay with you again. I won’t leave you.”

“You can see me anytime without an appointment.”

“Should I? I can always run away to a place where you will never find me again.”

He frowned his eyebrows.

If I had known that a small word of expression would have caused such a terrible reaction, I would have kept my mouth shut then.

It was when I was in the middle of regretting,

“You’re mistaken. Do you think I will let you go in the first place, shouldn’t that be possible first?”

……No matter how much I think about it, I think I got it wrong.

“If you’ll really run away, you shouldn’t be caught by me again.”