The Whole Entertainment Industry Thought I Was an Alpha 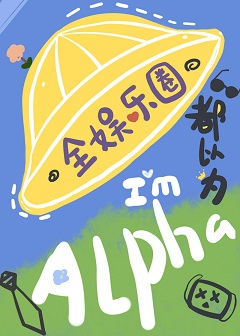 Lin Si was a top idol in the entertainment industry and was called the “Most wanted Alpha to be marked by” by Omegas.

However, the Alpha persona that Lin Si has set up was fake because he was a real Omega.

Lin Si, who was so constrained to fall in love during the day, registered an account on the dating app “Bubble”: Forgot to Love.

After his relentless efforts in the super-sweet online dating app Bubble “Forgot to Love”, he is finally going to meet with “44”.

But at the agreed place, what he saw was a cold-faced, Omega-phobic boss: Lu Wei.

Even more unfortunate, the two people who injected too much pheromone inhibitors were led into the most unstoppable fever period of their own lives.

Before they met, because of the influence of pheromone inhibitors on his glands, Lin Si’s experienced strong side effects and had to rely on Alpha’s pheromone to regulate his glands’ hormones.

And the Alpha with the highest genetic match with him was Lu Wei.

Therefore, he and Lu Wei were forced to live together, and they would look at each other while feeling disgusted.

Lin Si shrank under the quilt, curled up: Lu Wei, you big liar! Alpha does not have such an intense fever period! Go back and sleep in your room today!!

*The cute Omega X boss Alpha who fantasizes about being in love every day is forced to love online.

Brief introduction: Gan! My rival turned out to be my online dating partner!