The Whole Entertainment Circle is Waiting For My C Debut 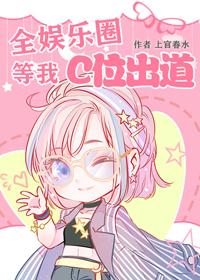 Shen Qi has fulfilled the length of service working at the Quick Transmigration Bureau, and chose a simple script to prepare for retirement before retiring.

The original body comes from a nouveau riche family, who is a dumb, country rich girl who is about to participate in an idol survival show,

Shen Qi easily passed, and sang an original song along the way.

Then… the outside world turned upside down.

A certain group’s boss held his son’s ear and scolded: Do you dare to grab resources from her? Have you ever asked your old man?

A certain top-notch student went home to kneel at the ancestral hall, and his hand was beaten by the 92-year-old national treasure artist grandfather: No matter how old or young, how did you talk to your grandma?

Someone who was serious about the competition finally found out, that’s not right, she has come to this world more than once!

MMP⁽¹⁾, so many old acquaintances, how old is this?

Shen Qi retired from the Quick Transmigration Bureau and picked a leveling up idol entertainment industry script for retirement.

However, she found out that she had been to this world, and forged an indissoluble bond with the He Family.

The first time I came to slap the young Great Grandfather He because he was a scumbag;

The second time I came to play with the young Grandpa He because he was a scumbag;

The third time I came to beat up the seventeen-year-old Dad, because he was a two-timer…

The He family finally changed their ways.

For the fourth time, Shen Qi held a complicated gaze at the gold level agent next to her,

The fourth generation of the He family, He BeiDi, holds affections for only one person, has an upright perspective, a level ten appearance protective-obsessed wife lover, having up to standard male protagonist characteristics, all he’s missing is the writing of “I’m not a scumbag” on the forehead.

He BeiDi: Would you like to contribute to the fifth-generation gene of the He family?

The entertainment industry level up, the domineering idol X pretty assistant, the male and female scripts are reversed.

Story Points: A lot of idol survival show information, the synopsis may look satisfying but it is actually a silly comedy novel, everyone is a silly comedian. From chapter 1 you will see this style ha, so please little angels consider your reading appetite.