The Whole Empire Raises Me 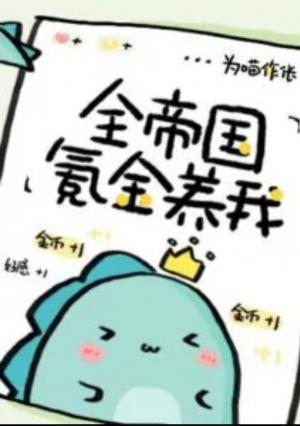 Wen Xingze transmigrate in a book and becomes the beautiful and poor cannon fodder in “Large Koi is Super Rich”.

According to the plot of the original book, he would act as a canon folder for the protagonist of the wealthy, destitute and eventually reduced to a car repairman, kneeling down to thank protagonist for a hundred dollars.

Wen Xingze decided to avoid the plot and be a happy poor man.

He was addicted to games and spent three years putting an infrastructure strategy on hand to get through the game. In the game, as the ‘king’ of the cosmic age, he built his own empire from zero and dominated the universe by the way.

In the age of the universe, the Empire of Muses is synonymous with power. The citizens are strong, rich, and all of them are worthy of force.

Moreover, they are extremely protective.

They have their proud Majesty the King, who is their reverse scale.

They were willing to dedicate everything they possessed to the king, to pile up their endless treasures under the throne, and to pave the way ahead of him with the most expensive and soft fabrics.

But since dominating the universe, king has not appeared for a long time.

It wasn’t until one day that they finally saw the king again through the screen.

What? king actually lived in a narrow leaky rental house??Eating two dollar instant noodles, still reluctant to put in the seasoning packet? ? It’s hot in summer and don’t even have money to buy a fan? ? !

All the people were furious!!

Also known as “Forced to Be Popular,” “Beg You please Don’t give Krypton,” “What is the experience of being raised by the entire universe” “How to reject the spaceship given by the people”

One sentence introduction: What is the experience of being raised by the entire universe of paper man