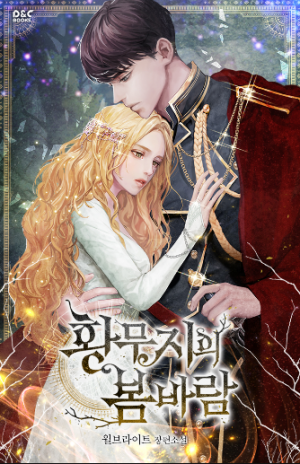 Ezen, daughter of the Crawford family, and Cliff, heir to the Moore family.

Her mean father destroyed the Moore’s family and captured Cliff to ens*ave and abuse him.

Ezen, who cares for him, helps Cliff to escape from her family.

“You will regret saving me.”

Twelve years later, Cliff returns with immense power and brutally slaughters Ezen’s family, who had trampled on his.

Ezen also tries to accept her death, but Cliff does not kill her, but instead makes her his wife.

Sleeping with an unknown enemy, a life in which too much has been lost. After suffering, Ezen dies after giving birth to a child.

Even after death, her soul, trapped in Cliff’s mansion, returns to the moment of her death, realizing the unexpected truth.

The man and woman who couldn’t be together in a fierce destiny, a spring breeze permeates their dry hearts.