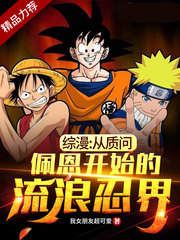 This book is also known as: [Wandering Shinobi World After the Exam]; [When the whole Shinobi crew came after the pirates]; [Me! Naruto! the Sixth Hokage! The Sixth Emperor of the Sea!]; [Unlimited World Exams]; [Why is the supporting character Ryuji not dead yet?]

Why did the Akatsuki break up?

Why did the last war break out?

What is the reason for the Shinobi world to flee to the Pirate world?

What is the story of the Navy’s Admiral Dragon?

Who is the deputy captain of the White Beard Pirates?

Looking at the strange-looking Enel in front of him, Uzumaki Nagato narrowed his eyes: “I heard that you are also a god? ”

“My name is Naruto, and I’ve eaten the devil fruit!” Said Naruto as his Rasengan blew the sea into a hundred meters of huge waves.

Looking at the shocked Luffy, Naruto pointed to the Thousand Sunny, “I also have a ship, much larger than yours.”