The Villainous Alpha Was Picked up by the Doomsday Boss 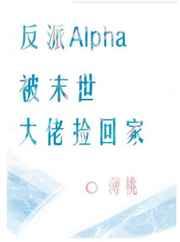 Pei Zhaozhou suffered from a pheromone disorder, lost his dignity as an Alpha, unable to mark Omegas and losing his fertility, becoming a disabled Alpha. He became chronically ill and was forced to resign from his post as major general of the Empire.

However he found out the truth behind his situation and planned his revenge.

Just as he was about to kill his enemy, the world’s consciousness stopped him and he was transported to the end of the world by and artificial explosion.

Upon waking up he finds a book next to himself and finds out that he was just a novel villain and his enemy was the protagonist.

However even through he transmigated out of the novel and came to the end of the world, he still can’t escape the helpless situation of his pheromone disorder.

As he lay down in the wilderness of the end of the world, waiting to die, a voice suddenly sounded in his ears.