The Villainess is Changing Her Role to a BroCon 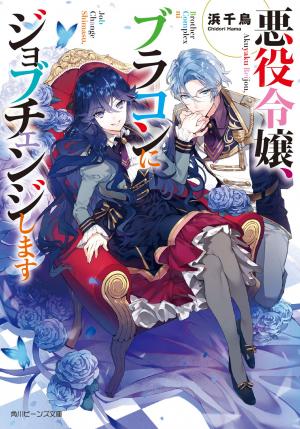 “Brother, I loved you since before I was born!”

Corporate s*ave Yukimura Rina was reincarnated as the Villainess Ekaterina from an Otome game. In her past life she was obsessed with the brother of the Villainess, Alexei, but seeing him in real life is so much better than in the game! It’s just that, her brother’s upbringing is just so sad that she cries every time she thinks about it!

“Okay! I’m going escape mine, and my country’s destruction flag and make sure everyone lives happily!”

Thus the Villainess from the prestigious 400 year old Yurinova Dukedom along with her sharp tongued tendencies back when she was a corporate s*ave forged on forward. With her common sense and knowledge of history she plans on saving her brother and overcoming all the game events.

For some reason, as time went by her talented brother became more and more of a siscon. Wait no, he was a siscon to begin with but, she’s more than happy to spend more time with her brother as a brocon and siscon.

And as time went by, her plan to avoid the Heroine and the Prince death flag has become more and more messed up. Why? No no, the two of them are good people, and good friends, but,

“Prince, stay far far away from me.”

Even so, the settings of the Otome game she played before are completely messed up in this world, nothing is the same.

Anyways! The evil villainess Ekaterina will do her best for the sake of her brother!