The Villainess’ Cat is The Movie Queen 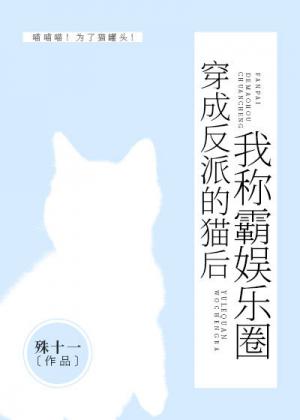 Lin Sifei is transmigrated as the villainess’ cat.

This villainess has a tragic story, her parents died when she was little, suffering from all kinds of humiliation, she was lonely and only have a cat, yet her cat also coldly ignore her. In the end, because she offended the novel heroine, she was bankrupted by the Nth member of the heroine’s harem.

It’s too sad! Lin Sifei wiped her tears and aspired to give her warmth and love, taking care of that scheming white lotus and green tea b*tch heroine first!

The heroine was working in the office, meow meow swiftly monitored her, captured the evidence of her wrong doings and she was fired.

The heroine was chosen as a model, meow meow swiftly roused her superficial knowledge, pressed to change the magazine’s cover.

The heroine was getting into the Entertainment Circle, meow meow turned into a human being, showing off the real charm of the Movie Queen.

Luo Ke has been having dreams lately in which she wandered on the streets miserably, dying a miserable death on a rainy night.

When she woke up from the dream, she saw her cat was circling her shoulder and felt warm.

Since then, she has realized that her cat who was always sticking to her could understand human language.

One day, her cute cat becomes a human.

Luo Ke: … Why am I not too surprised with this?