The Villain Will Become Stupid If He Doesn’t Pamper Me 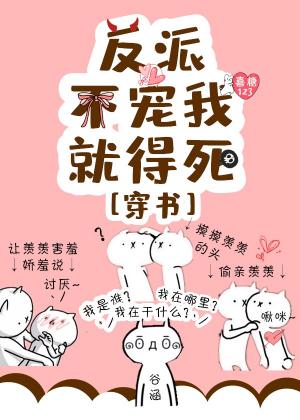 Pei Xian, who looks like the green tea and white moonlight of the Big Boss in a book, was forced by Zhou the First Gongzi to kill his child and sent to the villain Big Boss as a substitute lover. Pei Xian, who would rather die than submit jumped from the building to his death.

When Shanghai’s “Great White Shark” Si Yang was only 28 years old, he died of an illness. Now transmigrated as the cowardly and timid cannon fodder Pei Xian, he was currently airborne in confusion at the scene of where he jumped off.

Big Boss Gu Han: Come down, I want you and your baby.

Gu Han, the villain Big Boss was beaten by the male protagonist’s “IQ reduction aura.” Eventually the Big Boss’s company went bankrupt and he became depressed. Now he is reborn with a system called “concern and care for the villain’s IQ,” and Pei Xian is the system’s battery. Gu Han needs him to be around all the time to charge before using the system.

Green tea/white moonlight comes to the door: scram off substitute, this Immortal man has thought through to come back!

Pei Xian takes out a calculator ▼_▼: Hello, please wait a moment. There are nine super cars, two listed companies and three mansions worth million all of which have been transferred to my name. Only the bankrupt goods belongs to you.

Gu Han picks up the scheming boy, turns around mercilessly and went upstairs….

The sound of the bed collapsing came from upstairs.