The Villain Recognizes the Villainess 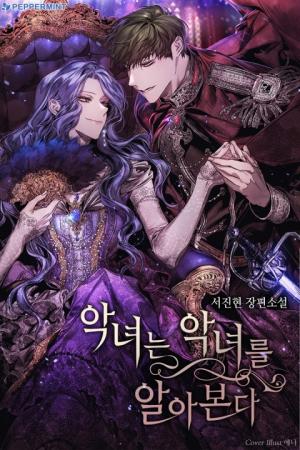 I thought I got used to being called a ‘villain’… but even now I’m called a villainess in a novel?

Soo-in no longer needed to be a villain, nor did she want to be one.

But at one point, she felt something wasn’t right. Everything fit together so tightly, and someone was cleverly driving Beckinia into the ‘villainess’ role.

“You’ll never expect to be hit like this. Your place, from now on, I will steal it.”

In order to reveal the ugly face of Mianel, the heroine of this novel, she decides to become a villainess once again.

Meanwhile, a man approached her.

“You can use me. In that regard, I can tailor myself as the lady sees fit, but,”

Hysis stopped talking and suddenly looked straight into her eyes.

Only then did Soo-in realize what his intention was.

The plot’s change was starting faster than I thought.

“Would you please cooperate in getting back my original position? From their point of view, this could also be called a rebellion.”