The Villain is Being Suspiciously Kind 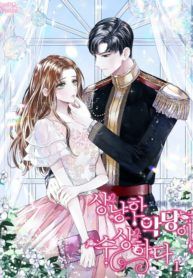 In this story the heroine, Citrina is a transmigrator.

In the original story, the female protagonist’s sister, Citrina, worked hard like a dog for her family only to be killed by the villain.

So she decided to change the original plot, in the direction where she will befriend the villain and prevent him from blackening.

“Citrina, I will do everything you need to do.”

Good. After many failures, she was able to be acquainted with the villain. Everything’s perfectly great.

I think I already saved my life, so it’s time to leave and make money, and come back as a successful person.

The villain in the novel smiled tenderly.

Him being kind and friendly is a little suspicious.

“Don’t ask anyone else. Use me instead.”

Citrina looked at him. Then, his lips formed in a single line.

As he looked at her, Desian whispered, as if repeating to her.

“Use me however you want.”

With that, he reached out. He slowly tucked the hair that flowed down, in Citrina’s ears. His hands added color to her hair