The Villain Is Always Afraid Of Collapse 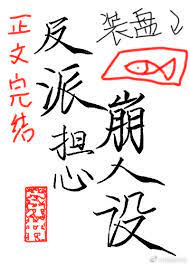 Mu Jin grew up in modern times and had been an outstanding person who helped the grandmother to cross the road since childhood.

When she opened her eyes again, she had become the cross-dressing villain boss of the novel she had just finished reading. Her name was Mu Jinwen and she was the malicious and feminine fake eunuch of the great Yan Kingdom. Yet after transmigrating, she bound a qualified supporting character development who ordered her to protect the main characters as she completed her role to maintain the stability of the world.

Mu Jin: Are you okay?

System: Do not collapse your villain persona.

And so Mu Jin worked hard to carry her villainous business, while carefully protecting the male and female protagonists from getting themselves killed, and soon felt she had become schizophrenic.

System: [Plague broke out in the west. Please go solve it as soon as possible or the male lead will lose too many hairs.]

System: [The second male lead is dying. Please give him CPR.]

System: [The skirt of the heroine was torn by the vicious female character. Please fix it for her…]

Mu Jing: Stop! Stop for a second! Are you sure you’re not a nanny system?

She tried her best to be the villain the plot needed but when did all these people start looking at her with trusting and distressed eyes? And she didn’t know whether she had become too serious with her protecting role, the other characters seemed to have some misunderstandings about her and the heroine…

Male lead: You need to see her vanity for what it really is and realize I am the only one who can satisfy you.

Second male lead: (cold and jealous of the original heroine, sad and caring for her)

Male N: It doesn’t matter if you like her. When you need it, remember that I am here.

Male N2: She is not worthy.