The Villager Who Grew Up Drinking Elixir Fountain 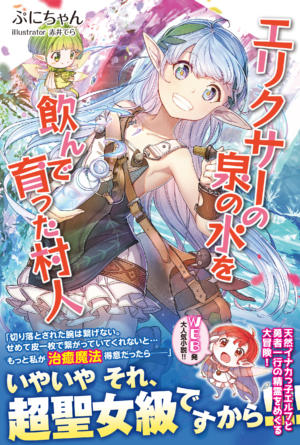 In a nameless village at the edge of a certain world — the villagers, instead of drinking normal water, drank water from an elixir fountain.

As the result of drinking elixir for a long time, humans​ evolved to a tribe called elves.

They acquired great recovery power and spirit magic. It looked like that the elves were nature-loving, but that was just because they didn’t interact with other villages.

Sheila, a girl who started​ her journey from such a village, knew the fact that her healing magic, which was not considered very good when she was in the village, surpassed the power of the legendary saint. And furthermore, she knew the spirits​ which were normally summoned in the village were already extinct.