The Tyrant’s Leash Is Held by a Maid 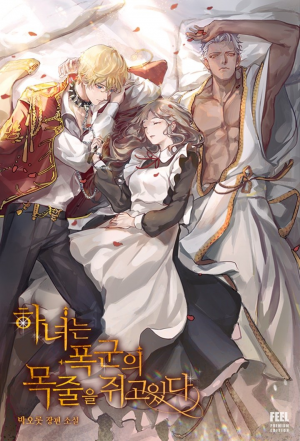 “So, Your highness, shall we make a bet? Whether or not you will remember my maid’s name after a month.”

“That’s not bad. It may be difficult to make eye contact with the maid, but her name is easy to remember.”

Liana Siodo was a maid who knew the subject too well.

To the point where she could understand why the lady she served would make such a bet with the Imperial Prince she had a crush on.

For a simple maid like her to take the Prince dear in her heart was ridiculous.

Therefore, she wanted to put an end to her unrequited love.

“His Highness, Imperial Prince Illyd, has awakened Manish. I have come to see Miss Liana Aradna, the only one who can calm him, per the priest’s instructions.”

If it had not been for her, they would all have been dead.

“What took you so long?”

Like a wild beast trying to convince her it would not hurt her. Or like a young beast acting cute to seem good.

“I… Almost killed everyone.”

Illyd reached for the hem of Liana’s robe with trembling hands.

“Don’t ever leave me again.”

He wanted to look good.

Only to the one who was like God to him, the person who held his leash.

But contrary to his expectations, Liana’s eyes were full of terror.