The Tutor is Perfect Meal 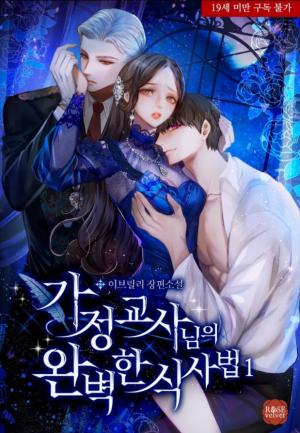 Eventually, Adrian – Kaya’s guardian and Norwell’s lover – finds out about their relationship.

“How did the Young Duke do it?”

Adrian strongly held Norwell in his arms and turned her over. Then he put his hand on Norwell’s belly and let her raise her ass. He pressed down her upper body until her posture was blatantly shameful.

“Tell me what’s different from me.”

Pressing hard on Norwell’s waist, he stretched out two of his fingers into her bulging lower body. Adrian’s thick hand shook her vaginal wall into her already slippery hole.

“What part has made you lustful?”

Adrian’s hand moved back and forth through Norwell’s hole much faster than a pen*s could. Norwell was forced to take Adrian’s hand as she screamed with her face stuck in her carpet.

“Which part? Answer me!”

Adrian smacked her soaring ass with his left hand. The spot that was hit by his big hand quickly turned red.

“Have you done this too?”

He pulled out his finger, and put his ere*t pen*s into the hole.

Norwell’s hole has not yet been released, so that all of Adrian’s big pen*s has not been accepted.

Her moan was closer to that of a scream.