The Top Couple Is a Bit Sweet 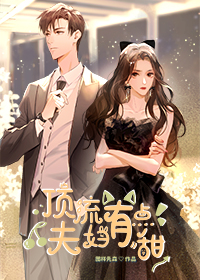 A certain hot topic: 「Why do Wen Li and Song Yan have so many CP fans?」

The original poster wrote: It’s obvious that they’ve been married for two years, but they do not have any movie or TV collaborations, or variety show shots in the same frame, and I have never seen them interact on social media. The entertainment industry accepts them as a couple with a contract marriage where they are even too lazy to act like they are in love. I am extremely puzzled by why they have so many CP fans. I swear I am not black.

The popular reply: 「CP fan here letting myself in. To clarify for the original poster: They really don’t interact much, and their sugar is observed under a microscope. But—

1. In terms of appearance, they are a pair with god-like faces. When our Three Powers was a young newcomer, someone had a YY of what they would look like in the same frame. Afterwards, the picture exploded in the industry. Black Swan x White Moonlight. A huge number of similar personas in the entertainment industry emerged rapidly as food substitutes.

2. In terms of fame ranking, they are both first-tier. They are strong in every sense, okay?

3. There are so many fairy madams in the inner circle. They write fanfiction, draw fanart, and edit videos and photos; they eat grain and eat until they burst. They are reluctant to leave the pit when they think about getting out.

To summarize: No matter how much of a plastic couple people say they are, we will still ship this CP as long as they never announce a divorce!」